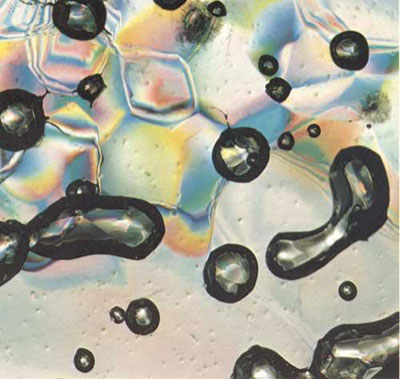 As snow is compressed to form ice, air is trapped within the snow, forming bubbles that will persist for thousands of years. In Antarctica near the South Pole, scientists at the Vostok Research Station are drilling into the ice to recover the atmospheric history of the past 600,000 years. 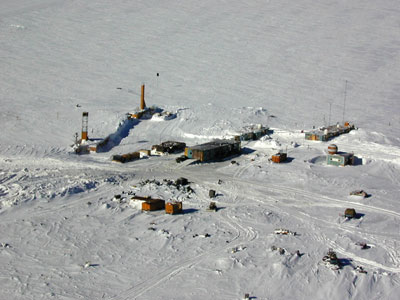 Web Figure 9.5.B  An aerial view of the Vostok Field Station in Antarctica near the South Pole. At this international station, scientists are extracting ice cores containing bubbles of ancient air that were trapped more than 600,000 years ago. (Courtesy of Subglacial Antarctic Lake Exploration: http://salegos-scar.montana.edu/images/Vostok%20Station.jpg) 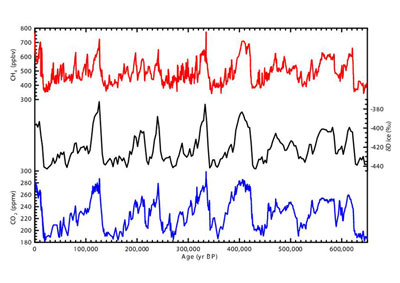 Web Figure 9.5.C  A time series of ancient air trapped as ice bubbles for the past 600,000+ years. On the top line, we see the methane content of the air bubble; on the lower line we see the carbon dioxide patterns over this same time period. The middle line represents the hydrogen isotope ratio of the ice which is a good proxy for the air temperature record. (Courtesy of RealClimate: http://www.realclimate.org/epica.jpg)