People who have had limbs amputated often “feel” sensations coming from the missing limbs, a phenomenon known as phantom limbs. Unfortunately, these illusory sensations often include very real pain. The patient may feel stabbing or shooting pains in the phantom limb, or may perceive the phantom limb to be in an uncomfortable position (e.g., a missing arm might feel as though it is constantly held behind one’s back), from which they cannot extract it.

At the same time, amputees fitted with prosthetic limbs may have to experience phantom limbs in order to successfully use their prostheses. Apparently in these cases the sense of a phantom limb helps the patient integrate the artificial limb into their internal representation of their body. 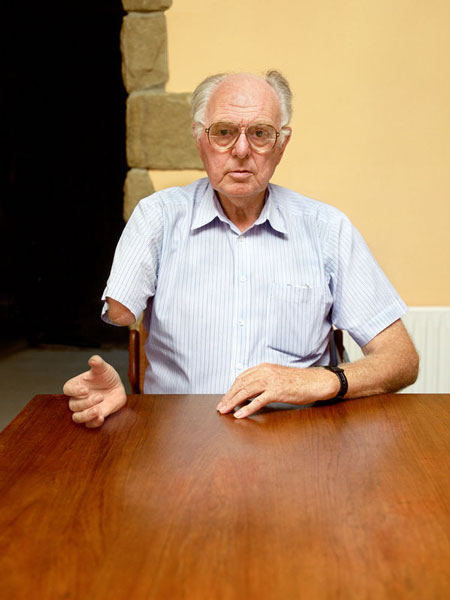 A man with an amputated arm; his hand has been digitally added in the pose that he "feels" his phantom hand. (Courtesy of Alexa Wright.)

See the links below for more information on phantom limbs (a Google search will reveal many more):