Reverberations such as those that could be used to judge distance can be relatively long in duration. For instance, reverberation times are much longer than interaural time differences (ITDs), which are typically less than one millisecond. Additionally, reverberation times that could be used for estimating distance are longer than the times over which the precedence effect, described briefly in Chapter 9, takes place. With the precedence effect, sounds that reflect off surfaces (indirect) arrive a few milliseconds after the initial (direct) sound reaches the ear, and these slightly later echoes are perceptually cancelled—despite two separate pressure waves arriving at the ear, listeners hear only the first of the two sounds. The duration of the precedence effect varies depending upon the particular characteristics of the sound, and the effect is longer for longer sounds such as those used in speech and music. The maximum duration over which the second (indirect) sound is perceptually cancelled is referred to as the echo threshold, and the echo threshold can be as short as five milliseconds for brief sounds such as clicks. If two short clicks arrive at the ear more than five milliseconds apart, listeners will hear a series of two clicks.

The precedence effect is thought to be helpful for listening indoors, particularly in smaller spaces in which reflected sounds arrive within a few milliseconds of the initial direct sound. But reverberation is not necessarily a bad thing. When a concert hall is constructed, engineers attempt to design the surfaces to provide optimal reverberation (see photos below). If little or no sound bounces off surfaces, a room is said to sound “dead.” Instead, acoustic designers attempt to design spaces so that the combination of direct and indirect sounds has a particular richness. Good reverberation also helps musicians hear one another more clearly. Reverberation time is defined as the amount of time it takes for indirect sounds to fall to a level 60 dB lower than the original direct sound. Reverberation time for some of the best concert halls is about 2 seconds. Of course, this is many times longer than the few milliseconds over which the precedence effect operates. 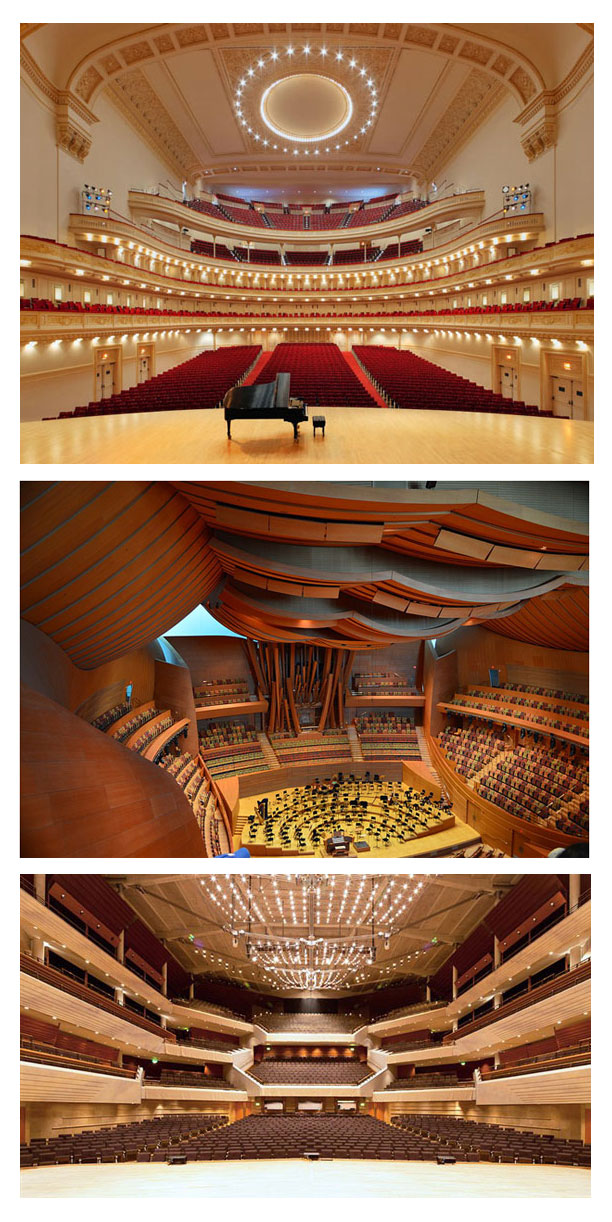 Designing concert halls with good reverberation is a mix of art and science. Ways to increase or reduce reverberation times include carefully selecting the distance and angles between surfaces and covering surfaces with materials that reflect or absorb sound to varying degrees. When designing a recording studio where one may wish to limit reverberation, walls often are placed at angles to one another that limit the extent to which sounds can bounce back and forth between opposite walls. Careful planning can produce reverberation times that, in principle, should be ideal. However, a number of other factors, including the types of music that are heard, are important in designing optimal venues for music.