Sleep is an altered state of consciousness that fascinates laymen and scientists alike. Although all mammals and birds engage in sleep, we do not really understand why sleep is important, although recovery from brain metabolic fatigue and memory consolidation are two possibilities. What is apparent is that the need for sleep is an extraordinarily powerful motivation. Although human beings are quite capable of starving themselves to death by overcoming the need to eat, the need to sleep cannot be ignored.

Sleep is not a unidimensional state but consists of several well-defined stages of consciousness characterized by distinct brain electrical activity patterns (Figure 1), proceeding from dozing and light sleep in stages 1 and 2 to deep and restful sleep in stages 3 and 4 (slow-wave sleep). In addition, another type of sleep occurs, known as rapid eye movement (REM) sleep. REM sleep is characterized by increased heart rate and respiration, loss of muscle tone, rapid darting eye movements, and brain waves that look like wakefulness. If the individual is wakened during REM sleep, she usually reports experiencing a narrative-like dream. This sleep cycle repeats four or five times a night, with an elongation of REM periods toward morning and a corresponding decrease in slow-wave sleep (see Figure 1). The sleep architecture is quite similar in all normal, healthy adults, but there are large interindividual differences in sleep latency (the time to fall asleep) that vary from several minutes to a half hour or more. Total sleep duration is also highly variable: Some adults need 8 to 10 hours of sleep per night to feel rested, whereas others need only 5 or 6, and in rare instances only 2 to 3 hours. When you fail to sleep the optimum number of hours in a night, you become sleep-deprived. As students, you surely know the symptoms of sleep deprivation: daytime fatigue and drowsiness, impaired performance, irritability, and feelings of depression. After too many nights of inadequate sleep, the stresses of the day seem more troublesome and the joys diminish. Although your sleep deprivation is often self-imposed, for others insomnia can be a chronic problem. 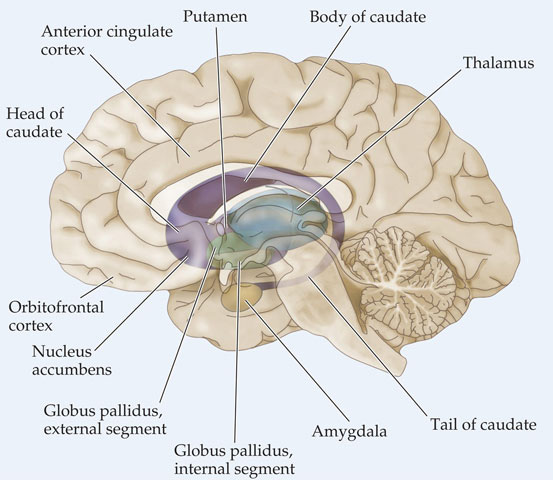 Figure 1 A typical sleep pattern of a young adult. Each of the sleep stages shown on the right is correlated with a distinct electroencephalogram recording (left side). The time in REM sleep is shown by the red bars. (After Kelly, 1991.)

Insomnia is defined as a failure to fall asleep, an inability to maintain sleep, or a dissatisfaction with the quality of sleep that leads to sleep deprivation. Occasional insomnia occurs at some time for almost everyone because of jet lag, time changes in work schedules, pain or illness, hormonal changes, everyday stresses, or drug-induced stimulation (e.g., from cold medications). Although occasional sleep deprivation is harmless, the deprived individual may contribute to accidents, lose productivity, and show impaired judgment. As much as 15% of the population have serious and chronic insomnia.

Generally, treating insomnia involves little more than eliminating disruptive stimuli in the bedroom, reducing aches and pains, and avoiding such drugs as caffeine, alcohol, tobacco, nasal decongestants, and so forth. Regular physical exercise during the day and a warm bath several hours before bedtime may help. Several over-the-counter sleep aids (e.g., Sominex and Unisom) containing antihistamines (H1 receptor blockers) such as diphenhydramine or doxylamine are available. These drugs are normally used to treat allergies but have drowsiness as a side effect. Although some people consider them to be effective, laboratory sleep studies show that they do not have a significant effect on inducing or sustaining sleep. Furthermore, rapid tolerance and potential side effects make them minimally useful at best.

For cases in which self-help techniques do not improve the quality of sleep, prescription drugs can be very effective, but at a cost. Compare the sleep patterns for an individual using barbiturate sleeping pills initially and then after chronic use (Figure 2). Initially, the barbiturates readily induce sleep and decrease spontaneous awakenings, although grogginess and “hangover” the next day may impair functioning. With chronic nightly use and increased doses, however, drug tolerance is apparent by the longer sleep latency (1 hour) and the 12 awakenings during the night. Also, both REM sleep and the most restful sleep (stages 3 and 4) are suppressed. When the drug is stopped, the amount of REM sleep becomes greater than normal and the character of the dreams may be more intense, producing vivid dreams and nightmares along with insomnia. Occasionally, waking “daymares” occur that cause the individual to panic. Chronic use and increased doses also increase the probability of physical dependence. 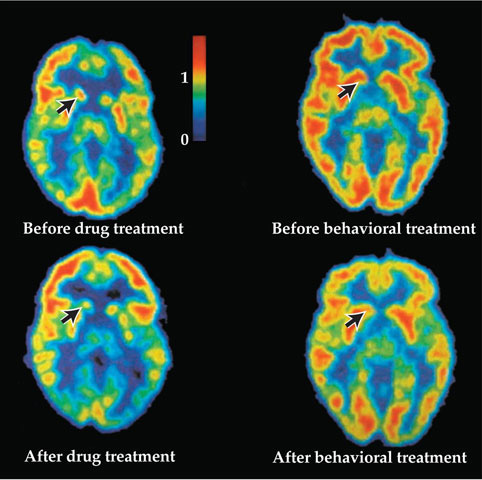 Figure 2 The effects of pentobarbital on sleep cycles. The upper panel shows the initial effects of pentobarbital, which include a short onset of sleep and few spontaneous awakenings. The lower panel shows the changes after chronic nightly use of the drug. Tolerance is shown by the long onset of sleep (1 hour) and the 12 spontaneous awakenings during the night. Both REM and stages 3 and 4 sleep are suppressed. (After Kales and Kales, 1978.)

Benzodiazepines are the most-prescribed hypnotics because those with rapid onset and short action are effective in helping individuals fall asleep and are eliminated from the body during a normal night’s sleep. The slower-onset and longer-acting benzodiazepines are used for people who fall asleep readily but suffer from nighttime or early-morning waking. Unfortunately, the longer-acting drugs are also more likely to cause reduced alertness the next day since they remain in active form for longer periods. Drug accumulation is common in the elderly, who metabolize BDZs more slowly, leading to incoordination and confusion that resembles dementia. In addition, although benzodiazepines are considered to produce a more “natural” sleep because they have minimal effects on REM episodes, they do apparently increase stage-2 sleep at the expense of the more restful stage 4. Although tolerance and physical dependence are less than with barbiturates, rebound withdrawal insomnia often occurs after chronic use. More importantly, people who learn to rely on drugs to induce sleep lie awake at night worrying that they will not sleep when they have not taken a pill.

Recently, TV advertising has promoted zolpidem (Ambien) as the newest sleep-inducing drug. Zolpidem is a short-acting nonbenzodiazepine hypnotic that nevertheless binds to BDZ receptors on the GABA complex. It effectively induces sedation and sleep, but has no specific anxiolytic, anticonvulsant, or muscle-relaxing effects. Its distinctive activity may be explained by its selective action at one subtype of GABAA receptor that includes the α1 rather than the α2 subunit. Its principal advantages over the BZDs are a low occurrence of tolerance and rebound insomnia after withdrawal of the drug. However, because it is relatively new, further long-term evaluation is needed.