Growing up, we all learned that the dried leaves burned in cigarettes and cigars come from the tobacco plant and that people smoke this material at least partly because they obtain a substance from it called nicotine. As children or teenagers, most of us were more interested in trying out this forbidden activity called smoking than in thinking about why tobacco plants make nicotine in the first place. Yet if you consider it a bit, you realize that it’s quite a legitimate question. Nicotine production certainly didn’t evolve in tobacco plants to enable human beings to manufacture cigarettes, so it must help the plant in some way. However, the role of this substance is not immediately obvious. Unlike chlorophyll, nicotine plays no role in photosynthesis. Nor does it help the tobacco plant in pollination or in energy storage.

The best clue as to the biological function of nicotine is its toxicity. As mentioned in the text, nicotine is toxic not only to vertebrates but also to a wide range of insects. When insects absorb nicotine through direct contact, the result is a paralysis similar to the paralytic effect of high doses of nicotine in humans. This effect of nicotine has been known for well over 200 years and has been exploited in a variety of both commercial and homemade insecticidal agents. Two common nicotine-based insecticides in the United States were Black Leaf 40, which was a 40% water-based solution of nicotine sulfate (Figure 1), and Nico-Fume Liquid, which was a 40% solution of free nicotine. These potent and highly toxic liquids were diluted and then sprayed on common garden plants, on agricultural crops, and even around chicken coops to control insect pests. Although the use of nicotine-containing insecticides decreased greatly over the years, at least one product was still available on the market at the time of publication of this textbook. However, the U.S. Environmental Protection Agency issued a final ban on such products that will take effect on January 1, 2014. In response to the phase-out of nicotine, chemical companies have developed and marketed several synthetic nicotine-like insecticides (called neonicotinoids) such as imidacloprid and thiacloprid, which are safer to use than nicotine itself. Other types of insecticides that work by blocking acetylcholinesterase are discussed in the online chapter, Enironmental Neurotoxins and Endocrine Disruptors. 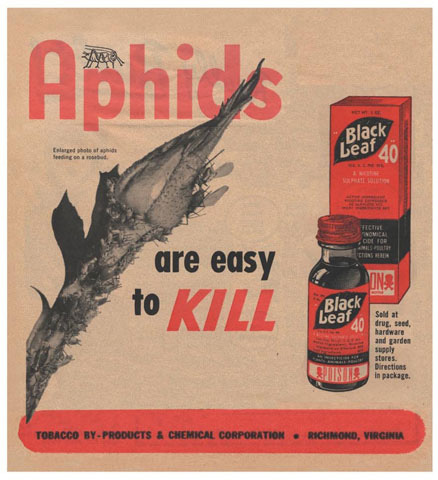 Figure 1 A 1951 magazine ad for a potent nicotine-based insecticide.

The insecticidal properties of pure nicotine very likely represent at least one purpose it serves for the tobacco plant. Nicotine is just one of many different kinds of alkaloids (nitrogen-containing compounds) made by various species of plants. These alkaloids, which also include cocaine and morphine, can be toxic to animals, birds, or insects that try to eat the plant. Accordingly, botanists believe that plants evolved such alkaloids as a defense against being eaten. In the case of nicotine, this hypothesis is supported by a study by Steppuhn and coworkers (2004) showing that genetically modified tobacco plants lacking the ability to synthesize nicotine were attacked and damaged much more severely by insect predators than normal tobacco plants.

To summarize, nicotine is a plant alkaloid that is highly toxic to insects as well as humans and animals. This toxicity serves as a defense against being eaten and is therefore probably responsible for the evolution of nicotine production by tobacco plants. Although the insecticidal properties of nicotine were exploited for many years by farmers and gardeners, other substances have gradually replaced nicotine for purposes of insect control. In contrast, the ability of nicotine, cocaine, and morphine to interact with specific neurotransmitter receptors and transporters in the brain (which is almost certainly an evolutionary "accident") continues to drive human cultivation and harvesting of the tobacco plant, coca shrub, and opium poppy to serve the addictions produced by the powerful substances derived from these plants.