Would you be likely to drink a tea of dried stem barks of Strychnosmyrotoides to combat malaria or subject yourself to bee stings to get a megadose of natural steroids to relieve the signs of arthritis or chew kaolin (white clay) to relieve morning sickness? Probably not, but plants and other natural products have a long history of medicinal use and still play a significant role in modern healing systems. There are many examples of the historical role of plants in medicine.

The modern herbalist administering mistletoe for epilepsy, hypertension, and hormone imbalance reflects the early Roman use of mistletoe for seizures, to heal ulcers, and to enhance fertility in women. Much of early medical treatment was undertaken by priest doctors or shamans who included elements of magic and the supernatural into the therapeutic regimen. But even in modern times, in much of the world healers with a special understanding of plants and of sacred artifacts supply the therapeutic treatments for the community. Their skill comes from experience (trial and error) and knowledge passed down from previous generations.

Many of the ancient healing plants continue to play a role in modern society as a source of conventional therapeutic agents, as with the extraction of morphine from the opium poppy. Until the 1960s childhood leukemia was almost certainly fatal. But a chemotherapeutic drug made from the Madagascar rosy periwinkle has raised the long-term survival rate to over 90% (Swerdlow, 2000). Digitalis (used to treat heart failure) comes from the leaves of the foxglove plant (Figure 1), and ephedrine (used for a variety of respiratory conditions) comes from the ephedra plant. 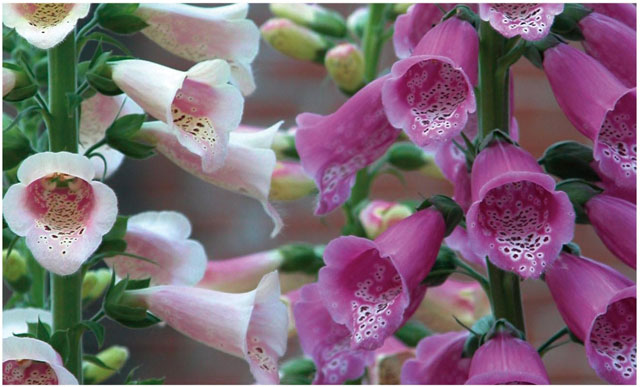 Figure 1 Foxglove (Digitalis purpurea) is the source of the cardiotonic drug digitalis. Potency can vary greatly according to growing conditions, and an overdose can be fatal, so safe preparations from foxglove leaves require standardization with modern pharmacological techniques. (Courtesy of David McIntyre.)

Besides using the plant extracts themselves, drug developers frequently use natural products as templates for synthetic or semisynthetic pharmaceuticals. Many Westerners are turning toward herbal remedies because they are perceived as being gentler and more natural and having fewer side effects. Today, scientists join with shamans in a search for healing plants that treat cancer, prevent heart disease, stop pain, and cure other ailments.

Shaman Pharmaceuticals was formed in the early 1990s as a consortium of larger drug companies with the goal of supporting increased acquisition and evaluation of plant materials, particularly from the tropical rain forests endangered by exploitation (Hollinger, 2008). Although these changes reflect a new interest in preserving biodiversity and the cultural history that goes with it, the amount of money spent on producing plant-based prescription medications is limited by the fact that plant evaluation requires a huge investment of time and money with often limited outcome. Also, modern Western emphasis on genetic research focuses on understanding the pathological process in a particular disease and attempting to design a molecule (synthetic) that repairs it. These factors limit the enthusiasm for research into ethnobotony.

As wonderful as the discoveries have been, there is a dark side to herbal remedies. Despite consumers’ enthusiasm for medicinal herbs, many scientists and medical practitioners feel that herbs need far more regulation. Many think that Americans are engaged in a vast, uncontrolled experiment. Some estimates suggest that 12.1% of Americans spent over $5 billion in 1997 alone (Swerdlow, 2000) on herbal remedies that have not been evaluated by the Food and Drug Administration (FDA). Because herbal medicines are classified as dietary supplements, the FDA does not monitor the quality control of the many products on the market.

Lacking such control, the concentration and purity, as well as the effectiveness, of a particular herbal medicine vary from brand to brand and even between batches produced by the same manufacturer. Those who use herbal medications or dietary supplements must do so at their own risk, and those risks may be all too real. Dietary supplements have been known to cause serious asthma attacks, blood clots, liver scarring, impotence, kidney failure, and seizures. Some herbal supplements interact in dangerous ways with physician-prescribed medications and may pose a special hazard if used before surgical procedures.

Although it is clear that plants contain biologically active chemicals, it is still unclear if any particular herbal product is in fact more effective than a placebo. The single greatest difficulty in the evaluation process is the fact that in most cases scientists have been unable to identify which chemical or combination of chemicals is responsible for the reduction of blood pressure, relief of pain, or improvement in mood. The active ingredient in the herb has not been extracted for identification.

In order to run trials of effectiveness, one needs to administer the same dose of the active ingredient to each subject before making objective measurements and also demonstrate dose-dependent pharmacological effects. Unfortunately, the concentration remains unspecified in herbal preparations. If a particular individual finds that an herb is effective in reducing his depression, for example, he will not know what dose was taken nor whether the preparation will contain the same dose the next time he purchases it.

When screened, some herbal preparations have been found to contain none of what is listed on the label. Unfortunately, even products from highly reputable manufacturers are variable, because the final effective concentration will depend on factors such as plant growing conditions, portions of the plants utilized, and even how long the herbal preparation has been sitting on the store shelf. In an examination of ginseng products, a 10-fold difference in the active ingredient was found despite the labeled content being identical. In other cases, analysis of herbal medicines sold in California showed that 32% contained at least one drug or contaminant—including lead, arsenic, and mercury—not listed on the label. The dietary supplement L-tryptophan was removed from the market when 36 people died and 1500 became seriously ill, apparently due to the 63 contaminants found in the preparation (Brody, 1998).

Other critics of herbal remedies also contend that the confidence in limited side effects is naive. Since the herbs contain dilute, biologically active chemicals, they will certainly produce some effects that are undesirable or dangerous and there is the risk of potential interactions with other drugs. Self-medication with St. John’s wort, for example, has been shown to alter the blood levels of prescription antidepressants and other drugs, and is known to interact with medications used to treat HIV infection. More recently, concern has been raised over self-medication with estrogen-containing products, which may be particularly hazardous to women with estrogen-sensitive tumors. Herbal remedies thus represent both a boon to good health and a potential hazard.