Fulfilling these criteria establishes unambiguously that a substance is used as a transmitter at a given synapse. Practical difficulties, however, have prevented these standards from being applied at many types of synapses. It is for this reason that so many substances must be referred to as “putative” neurotransmitters. 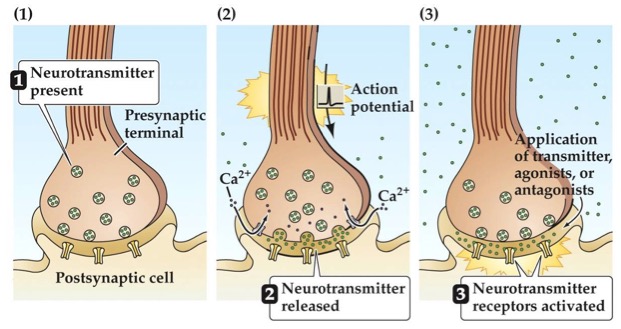 Figure 1  Demonstrating the identity of a neurotransmitter at a synapse requires showing (1) its presence, (2) its release, and (3) the postsynaptic presence of specific receptors.