The Judgment of Paris

The Judgment of Paris. Mosaic from Antioch, early second century A.D.; 73 ¼ 3 73 ¼ in. This mosaic was the central panel of an elaborate mosaic floor in a dining room of the Atrium House in Antioch. The three goddesses—Hera enthroned in the center, Athena to the viewer’s left, and Aphrodite to the right—appear on a rocky hill, each holding a long scepter. On the left and below, Paris, in Phrygian dress, turns to talk with Hermes. He is guarding a mixed flock of oxen, sheep, and goats, one each of which is shown, the goat drinking from a pool of water. In the center are a tree and a column, on top of which is a golden vase. On the left Psyche (identified by her butterfly wings) stands on a rock, and matching her on the right a winged Cupid stands on a column, anticipating the victory of Aphrodite in the contest. Framing the panel is an elaborate vine, populated with birds, reptiles, and insects, with masks of a man and a woman. 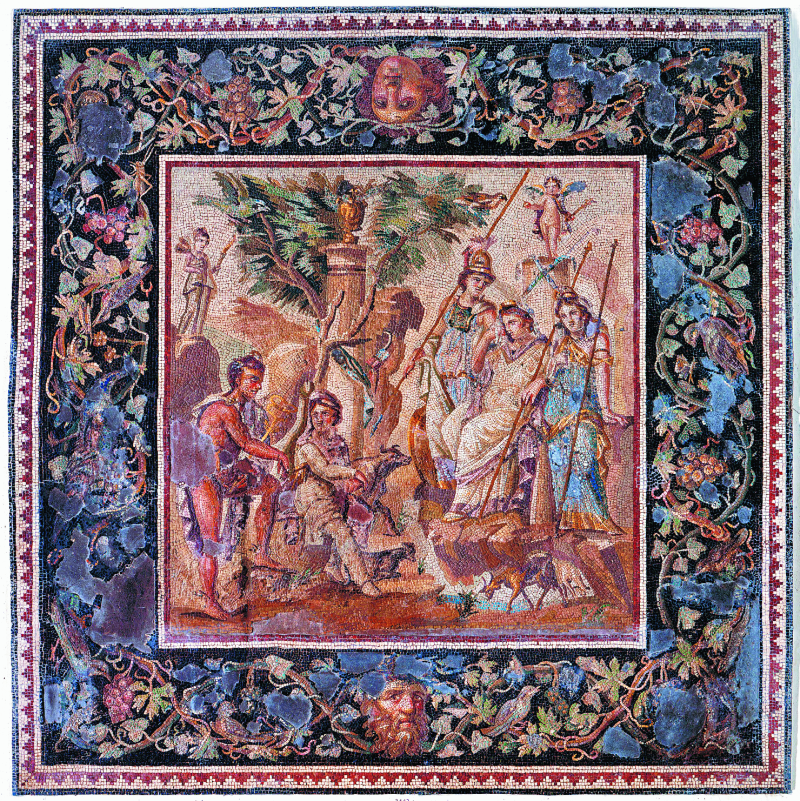