The Funeral of Patroclus

The Funeral of Patroclus. Apulian red-figure krater by the Darius painter, ca. 330 B.C.; height 56 in. In the central panel is the pyre with Hector’s spoils (originally Achilles’ armor worn by Patroclus) on it. To its left Achilles holds a Trojan prisoner by her hair before running her through with his sword: three other bound prisoners to the left await the same fate. To the right of the pyre, Agamemnon pours a libation. In the lower panel the charioteer of Achilles, Automedon, prepares to drag the corpse of Hector behind the four-horse chariot around the tomb of Patroclus. In the upper register of the central panel, the old warriors Nestor (seated) and Phoenix converse in a tent. 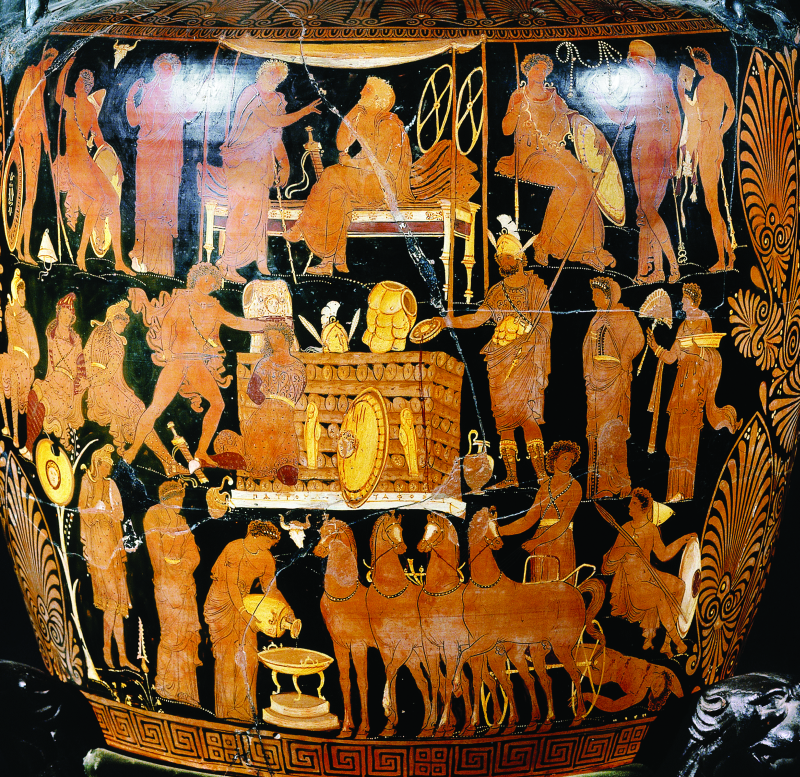